Kendall and AJ from Love and Chaos dropped by the KTEX studio to visit with Dean Dillon about their coming together, opening for classic rock legends, and some shenanigans that went down while filming their latest music video.
(October 10, 2022)

From getting to play Conway Twitty in a musical, to finding a new musical home in Texas, Glen Templeton has a great story to tell. On this episode of the Texas Country Sessions, Dean Dillon sits down with Glen to talk about all those things
(September 29,2022)

A Nashville Super Star called the KTEX studios earlier and guess who it was? Scotty McCreery! Crystal Raye talks to him before the Waller County Fair is kicked underway. Check it out!

Crystal Raye got a very special phone call from one of the headliners at the Washington County Fair. The Flatland Calvary!

Rip Rolling was joined in the studio with the Katy, Texas native Hayden Baker earlier this week. Hayden is playing at the Colorado County Fair, so the two discuss that as well as what is to come in the coming months for him and his new single on all streaming platforms “At Least I’m Here”.

Rip Rolling was joined once again by the Brenham, Texas native Jacob Boyd to discuss his upcoming performance at the Washington County Fair. They discuss Jacob’s upbringing in country music, writing techniques, and what is happening now for the Jacob Boyd Band.

Rip Rolling got the chance to talk to Hayden Baker who is an upcoming artist who has worked with many great artists such as Ronnie Dunn, Clay Walker, and more. They talk about the fair seasons coming up and where you can find him in the coming weeks.

The KTEX Posse got a very special phone call from upcoming artist Allie Colleen. Rip Rolling and Allie talk about her background and what got her into music and also what is next for her.

Rip Rolling sat down with Kaitlyn Kohler to discuss her latest single at the time: “I’m Not Crying”. She is joined by special guest Johnny Riley and musician who has been playing Texas Country Music for decades now.

Rip Rolling sat down with a very special guest from Huntsville, Texas. You may have seen him on different shows like the Bachelorette and Bachelor Pad. It’s Wes Hayden. They discuss Wes Hayden’s upbringing and what encouraged him to make country music and his latest single “Back in Texas”.

Rip Rolling sat down and talked with Mikayla Lane, a 17 year old country musician from Oklahoma and her guitar player Caleb. They discuss her first radio tour and her new single “Ambush” that will be released later in July.

Rip Rolling sat down with Dave Fenley, who has made a name for his music by being a contestant on the Voice and America’s Got Talent, they talk about Dave’s life and what is next for him.

Rip Rolling sat down and spoke with Randy C. Moore, who is no stranger to the country music world. They discuss Randy’s beginning in country music and his friendship with Country Music Hall of Fame Inductee Carl Perkins.

Rip Rolling had the chance to speak to El Paso Native Maddison Livingston about her latest single “Birds and the Bee’s”. They also discuss what’s next for Maddison.

Rip Rolling sat down with Oklahoma Native Johnny Woods to discuss how he transitioned from working in the oil field to being a musician and how life is trying to balance family and work.

Rip Rolling met with Drew Cooper from Arizona to discuss his latest single at the time “Madeline”. Drew explains what drives him to write music and his biggest inspirations.

Rip Rolling was joined with a very special guest from Northern California, his name is Chad Bushnell. Chad talks to Rip about his past and what music stars he has opened for.
(Original Airing June 1, 2022)

Rip Rolling was joined in the studio by a very special guest: Houston Bernard. Houston is from Massachusetts and talks to Rip Rolling about his life in the military and what drives him as a singer. (Original Airing June 2, 2022)

Rip Rolling talked to upcoming artist Hayden Coffman about the genre of his music and about his life in the music industry. (Original Air Date May 16, 2022)

Rip Rolling talked with John “Swat” Swattner to discuss his new single “Drive” and we got to learn about John Swatner. (Original Airing June 3, 2022)

Rip Rolling met with Brenham, Texas native Jacob Boyd who just released his new EP a few months ago. They discuss Nashville and Jacob being a member in Jake Worthington’s Band.
(Original Airing 6-8)

Rip Rolling sat down with KTEX Country native Cody Joe Hodges from Caldwell, Texas to discuss life in Nashville and what he plans for in the future. (Original air date April 22, 2022)

The Broken Spokes joining Rip Rolling in the studio to talk about their latest single at the time “Someday, Not Today” and the origin of their band. (Original Airing April 5, 2022)

Rip Rolling was joined in the studio with the Wilder Blue to discuss their latest single “Wave Dancer” that is climbing up the charts. (Original Airing March 30, 2022)

Rip Rolling talked to Lance Woolie from Louisiana. Lance has worked in syndicated radio for a few years and he has begun playing music full time and is the front man for the band Hogleg. Listen as they discuss Hogleg’s latest album.

Rip Rolling sat down and talked with Bowling for Soup Front Man Jaret Ray Reddick to discuss his transition from Punk Rock music to Country music on May 5, 2022.

Rip Rolling met with Chuck Wimer a Army Veteran from the San Antonio area to discuss his latest single at the time ” Dancing in the Rain”. (Original interview March 3, 2022)

Marshall Garrett spoke with Carter Lybrand about his start in music, putting out new music during a pandemic, and how his life experience has led him where he is today! (8:27 – Original Interview 1/13/2022)

Trail Boss Troy had Casey Chesnutt in studio to talk about forging his way in the music business and if we could ever see him on stage with his father. (7:16 – Original Interview 1/17/2022)

Marshall Garrett spoke with Jesse Daniel ahead of his show at the 4 Star Concert Hall in Brenham! (8:02 – Original Interview 1/7/2022)

Marshall Garrett sat down with Jody Booth ahead of his benefit for Brenham NEXT at the Silver Wings Ballroom. They talked about growing up in small town Texas, being back in front of fans, and even MySpace! (6:35 – Original Interview 1/5/2022) 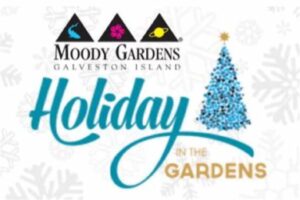